I was torn about how best to approach September 11 in classrooms. On the one hand, this day, now known as Patriot Day, is an important one to remember. It is seared into our national memories and has become part of our psyche, a painful, painful moment that brought us to our knees and in some heartbreaking way united us then and unites us still. On the other, many children we teach were not yet born when this day happened. Why dredge up an uncomfortable past, one that these children don’t remember, and that to most adults around them, is still raw? Further, I wasn’t sure what I believed was an appropriate way to address the day. Somehow talking about the buildings coming down and the aftermath, or even rehashing my own experience of that day in a classroom in New York City didn’t feel quite right.

As I was searching for clarity, I came across a list of lesson plans for grades K-12 curated by the 9/11 Memorial in New York City. Two themes stood out in particular as I perused the list:

Following are some lesson ideas that address these themes.

Celebrating landmarks in our communities with a read aloud. Me and Momma and Big John by Mara Rockliff is a beautiful picture book about the building of the Cathedral St. John the Divine in New York City. Some lines from the beginning of the book:

Momma’s first day on the job, she comes home late, trudging up the stairs as if they laid that heavy stone right on her shoulders. She is grey and ashes, from her headscarf to her boots. Even her bouncy beaded earrings have gone dull as dirt.

And from the end:

What a beautiful way to celebrate construction, not destruction. There are many buildings across our country, in every community, that were built with love and care and that serve to bring people together. This book honors those buildings and the men and women who built them. The read aloud could follow with a discussion of the important buildings in children’s communities and the ways in which those buildings are unique and enhance the lives of the people who use them.

Teaching tolerance and accepting differences with a read aloud. There are many, many lessons that aim to teach tolerance. Of course, our society continues to be rife with racial tension. And, of course, racial tension played a role in the 9/11 tragedy. Racial intolerance may feel too huge an issue to address in one lesson, with one group of children. But by aiming to teach tolerance and acceptance, and by discussing small ways in which children can take a stand against injustice, we are planting seeds for the next generation to be better. More tolerant, more accepting, and less likely to cultivate the beliefs that led to an event such as 9/11. It’s easy to think, someone else was responsible for September 11. It’s not us who should learn tolerance. But tolerance starts with each of us. The more we contribute to a collective belief that differences are to be accepted, not stamped out, the more we can create a world in which living together peacefully is possible.

Freedom Summer by Deborah Wiles is about a young white boy, Joe, growing up in the American South in the 1960s. His best friend is John Henry, an African American boy. Joe and John Henry ignore the racial tension that surrounds them until a mandate that leads to the filling in of a local pool makes this ignorance no longer possible. John Henry finally gives voice to his hurt and anger, and Joe must decide whether to take a stand for his friend. This book shows that tolerance starts with each person, and each of us can work toward a more accepting society, a world in which events like 9/11 are fewer and farther between, just by taking one action.

Note: These ideas were adapted from lessons that can be found here and here. 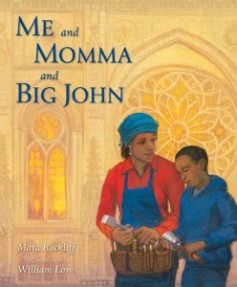 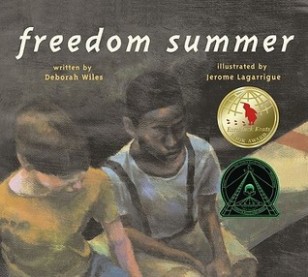 To Make a Prairie

A blog about reading, writing, teaching and the joys of a literate life

I am a reader, a teacher, a writer, a thinker, a reviewer, and a dreamer of dreams.

"When you know better, you do better" Maya Angelou

The Generative Power of Language: Building Literacy Skills One Word at a Time

The Art and Craft of Blogging

The latest news on WordPress.com and the WordPress community.